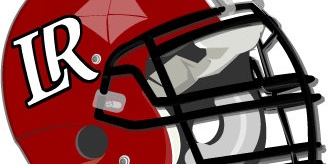 Houston guided the Bears to a 9-3 overall mark (6-1 in league play) and a berth in the postseason for the first time in 50 years. Lenoir-Rhyne also won its first playoff game since 1962 (a 21-6 win over Fort Valley State) and advanced to the second round of the NCAA Division II Playoffs.

Houston, who is now 16-6 overall as Bear mentor, earned SAC Coach-Of-The-Year honors for the second time in as many seasons with Lenoir-Rhyne.

In his first season at the helm in 2011, Houston led L-R to a 7-3 record (6-1 in the South Atlantic Conference) and guided the Bears to their first league championship since 1994. Houston became the 18th Head Football Coach in Lenoir-Rhyne’s history when he was hired on May 9, 2011.

Before being elevated to head coach, Houston was the Bears’ Defensive Coordinator and Secondary Coach for four seasons (2007-10). Under Houston’s leadership, the Bears’ defense had one of their best seasons in recent memory in 2010.

On February 4, 2010, Houston was elevated to Assistant Head Coach.

Houston came to Lenoir-Rhyne after spending one year (2006) as the Associate Head Coach and Defensive Coordinator at Brevard College.

At Brevard, Houston was part of a staff that re-established football after a 56-year absence. The 2006 Tornado squad won two games while playing a roster comprised of true freshman.

Houston’s 2004 T.C. Roberson squad was his best-ever, as the team went through the regular season undefeated and finished 13-1 before losing in the state semifinals. The 2004 team averaged 38 poi nts per game while allowing just nine points per outing as it won its first-ever conference championship in school history.

Houston left T.C. Roberson with the highest winning percentage of any coach in school history and helped establish the Rams as one of the top football programs in the state of North Carolina.

Houston, who was a 2005 Shrine Bowl Assistant Coach, spent five years as T.C. Roberson’s Defensive Coordinator (1996-2000) before taking over the head job.

Houston started his coaching career at Forbush High School in East Bend, N.C., where he served as Falcons’ Defensive Coordinator (1994-95).

Houston is a 1994 graduate of Mars Hill College with a bachelor’s degree in biology and played tight end on the Lions’ football squad”.

• Eight-game winning streak was the longest since 1962.

• Led South Atlantic Conference in turnovers forced and turnover margin (fifth in NCAA D-II in both).

• Went undefeated at home for the second straight season

• Had eleven players named to the all-conference teams which led all SAC schools and had two all-region honorees.

• Had 23 players named to the South Atlantic Conference Commissioner’s Honor Roll (3.30 GPA or higher) which led the conference in all sports

• Led football program to its first conference championship in 17 years.

• Had the Defensive Player of the Year in the South Altantic Conference for the second year in a row (Demetrius Green).

• Beat three teams that were ranked in the Top 25 in the country at the time and beat two NCAA Division II Playoff Teams on the road.